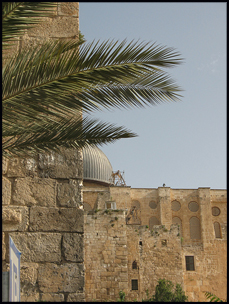 So who exactly was Ibn Battuta, other than a guy who had a mall in Dubai named after him? We’re getting answers from a very extensive website called “The Travels of Ibn Battuta – A Virtual Tour with the 14th Century Traveler” that seems to be designed for grade school students. Frustratingly, many of the graphics don’t show up. But most of them do, and the text is thorough and clear. Nick Bartel is the author, and he says:

Ibn Battuta started on his travels when he was 20 years old in 1325. His main reason to travel was to go on a Hajj, or a Pilgrimage to Mecca, as all good Muslims want to do. But his traveling went on for about 29 years and he covered about 75,000 miles visiting the equivalent of 44 modern countries…

At Damascus, things really got serious — 820 miles to go to Medina, where the Prophet is entombed. Ibn Battuta saw Cairo, Algiers, Tunis, Anatolia, Delhi, even the ruined Alexandria lighthouse before its stones were recycled. He went just about every place that people knew there was to go in those times. This site lists of the types of foods a traveler in the old days would find in the various places, which is rather delightful.

Of course the fame of Ibn Battuta grew explosively with the release earlier this year of the 45-minute IMAX-format movie Journey to Mecca, which has by now been seen in every corner of the world. At Islam Online, the lecturer and aspiring filmmaker Azad Essa thoughtfully reviews that film and says the man’s knowledge and experience made him welcome in every country he passed through. “He functioned as a judge and ambassador for various rulers as his vast perspective as a traveler and his command of Islamic law held him in good stead everywhere…” In The Jakarta Post, Martina Zainal looks at the movie from the spiritual perspective:

For Muslims who have performed the hajj it is a nostalgic reminder of their own heartfelt quest for righteousness; for Muslims yet to go, a very up-close-and-personal look at what they can look forward to when they do make their own journey to Mecca.

Meam Wye also has plenty of good information and food for thought at a site called Shining History – Medieval Islamic Civilization, whose purpose is to focus on the contributions of Muslim innovators to the fields of science, technology, mathematics, astronomy, geography, and more. A very erudite look at the deeper meaning of Ibn Battuta’s influence is found at Pragati, written by Jayakrishnan Nair, who covers history, archaeology and current affairs. A fellow who calls himself Young B Emcee says “Ibn Battuta was probably the driving force in my exploration appetite. His writings intrigued me so much that I tried to recreate his steps…”

Naturally, not everything we hear is wonderful. Maryam Omidi, who writes from the Maldives, quotes Foreign Minister Dr. Ahmed Shaheed: “Referring to the Moroccan scholar and explorer, Ibn Battuta, who worked as a judge in the Maldives in the 14th century, Shaheed said a number of Maldivians fainted when Battuta ordered a thief’s hand to be amputated.” Timothy Burke says, “Read Ibn Battuta’s accounts of his journeys and you’ll see him offering distortions and exoticizations galore, generally based on surface impressions and gut reactions.” Dr Farish A. Noor is a Senior Fellow at the S. Rajaratnam School of International Studies, Nanyang Technological University, Singapore. At Rethinking Islam, he says “Ibn Battuta was, of course a bad traveller and a fussy tourist…” and also adds some even more unkind remarks.

Back on the bright side, publisher Marcus Wiener offers the traveler’s own book, Ibn Battuta in Black Africa, translated by Noel Q. King and edited by Said Hamdun. Taylor Luck took a fine picture of an ancient fort in Jordan that Ibn Battuta visited. And Shari toured the Ibn Battuta Mall and posted some great photos of it. She describes the mall’s five sections: China, India, Persia, Egypt and Andalusia, and says, “This roughly covers the area that Ibn Battuta covered in his world travels, the entire known area of Islam in his time.” The picture on this page is not a mall, but Jerusalem’s ancient Al-Aqsa Mosque.

photo courtesy of hoyasmeg , used under this Creative Commons license

The Travel Writer as Lifestyle Coach: Eat, Drink and Be Merry

Posted on August 17, 2009 by Pat Hartman | Comments Off on The Travel Writer as Lifestyle Coach: Eat, Drink and Be Merry

At CNN, Octavia Nasr, who is Senior Editor for Middle East Affairs, recently embarked on a serious mission: a hunt for the holy grail of the perfect falafel. The vegetarian sandwich is a staple throughout that part of the world. Ahead of the curve as always, we didn’t even need Ms. Nasr’s take on it. We already knew that the best falafel in the world is to be had in Beirut, Lebanon, at a place called Sayoun’s (which is actually glimpsed for a moment in the CNN video clip.) How did we know? Because we learned this important fact from one of the essays in The Third Tower Up From the Road, and these are the words to heed:

Sayoun’s is on Damascus Road, just up from Martyr’s Square. If it weren’t for the crowd of hungry people hanging around outside, it could be easily missed… The entire shop-all 10 square meters of it-is constantly full of customers, night and day.

For the benefit of the unworldly, Kevin explains falafel as something like a meatball, only lighter, because it’s made from ground fava beans or ground chickpeas (a.k.a. garbanzo beans), or both. So the round or oval blobs of compacted beans are deep-fried and encased in bread, along with tomatoes, radish slices, parsley and mint. Anoint with hot sauce, or not, as the palate dictates. Sayoun’s also offers a garnish of green hot peppers on the side. No wonder the place has been in business since 1935!

Falafel mania has spawned such spinoffs as a movie , an online game, the McFalafel, and even the construction of falafel stands in the virtual world Second Life (see picture). At igoogledisrael.com, British expatriate Ashley, who left his native shores for Israel 18 years ago and stayed, shares some other falafel-related links he has collected.

Falafel is recognized as a signature ethnic food, but which ethnicity? The humble sandwich has touched off political strife and even religious controversy, as various parties make their claims of invention, superiority and proprietorship. Keeping an eye on Pakistan, Rudi Stettner recently reported that in some neighborhoods, falafel vendors were “ordered to stop selling falafel because it did not exist in the time of Mohammed.” That’s harsh!

The Cannabis Cookbook shares a falafel recipe that starts with a couple of cups of freshly ground hemp seeds, which are, after all, one of the most nutritious things a person can eat. Where else can you get such easily digestible complete protein, plus all the essential amino acids, plus the good kind of fatty acids (immune system helpers!) in one delicious package?

The Forbes organization, which never does anything halfway, asked Lauren Sherman to report on a recent survey of 10,000 people from 20 countries. They were given 50 cities to pick from, and asked, “Where’s the best eats?” Well, it was phrased a little more elegantly, but the top 5 world cuisine capitals are Paris, London, Tokyo, Mexico City, and Barcelona. Sherman, who is very alert to the nuances of the good life, explains all the ins and outs of a lengthy and comprehensive report from the 2009 Anholt-GfK Roper City Brands Index.

Mark your calendar for the second week of October, when Bangkok will host the 10th Annual World Gourmet Festival , and take along Out magazine’s reference work, “The Sixty Greatest Gay Bars in the World.” As for the “be merry” part, who is merrier than a musician? Who is sadder than a musician who forgets to bring along the right equipment? Before taking your instrument on a trip, check out “Essential Gear for the Traveling Musician” by Michelle Schusterman, who is a percussionist, aspiring novelist, and teacher of English as a Second Language in South Korea. And stay merry by stowing in your kit some, if not all, of “The Frugal Traveler’s Top Travel Gadgets” as recommended in The New York Times by Matt Gross, in an article which has so far garnered 423 comments.

At the risk of starting some controversy of our own, we invite your input on the World’s Best Falafel question.

photo courtesy of Jamiecat*, used under this Creative Commons license

Comments Off on The Travel Writer as Lifestyle Coach: Eat, Drink and Be Merry